Please note that we use cookies on this website to better enhance your experience. We also use them to provide session based functionality and to track how our website is used. 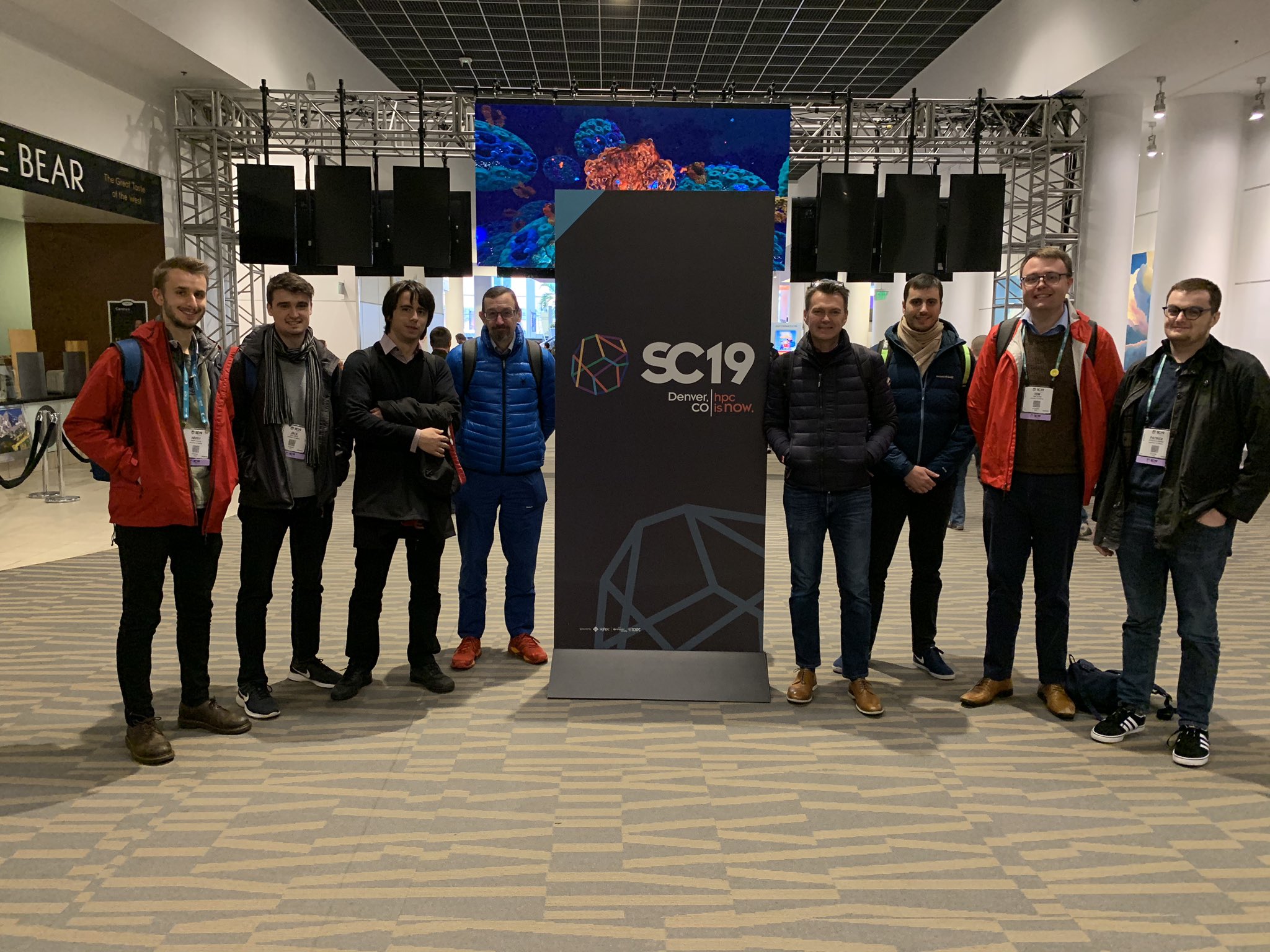 SC (formerly Supercomputing), the International Conference for High Performance Computing, Networking, Storage and Analysis, is the annual conference established in 1988 by the Association for Computing Machinery and the IEEE Computer Society.

Many HPC programmers have not heard of SYCL, however, with the increasing importance of modern C++ in HPC, or just seeking alternatives to proprietary languages, SYCL is becoming critical as a vendor neutral way to write C++ code that embraces heterogeneous parallelism. SYCL is an open standard. There are multiple implementations available, both open source and commercial.

FIFOs are a common construct in design for spatial and data flow architectures. OpenCL 2.0 defined a “pipe” feature to expose the FIFO construct, but the design didn’t meet all needs of spatial architectures. This talk describes a pipes extension to the Khronos SYCL single-source, C++-based programming framework, that exposes a pipe abstraction which closes the gaps in the OpenCL design, while also offering a more usable interface. The C++ type system is leveraged to provide static connectivity guarantees without extensive compiler implementation effort, and to provide well-defined interaction with C++ features. The described extension provides a usable interface that can also act as a substrate for additional abstractions to be built on top. This talk will motivate the utility of FIFOs/pipes in high level language FPGA design, describe the SYCL pipes extension and its mapping to SPIR-V and OpenCL, and provide examples of use in common spatial design patterns.

DPC++ is a new language to enact parallelism upon accelerators like Intel’s GPUs and FPGAs. DPC++ is based upon Khronos SYCL.

This lab will provide an overview of the oneAPI progamming model, language, libraries, tools and development process for DPC++

An open ecosystem for HPC developers

Developers can currently use SYCL to target a wide range of processors, including those from Intel, Arm, NVidia and Renesas using ComputeCpp. Alongside this are a wide range of open source projects offering frameworks for BLAS, DNN and more. During this presentation you can find out more about the implementations of SYCL that are available and the projects that harness the SYCL standard for acceleration.

We describe our experiences in creating mini-apps for the Wilson-Dslash stencil operator for Lattice Quantum Chromodynamics using the Kokkos and SYCL programming models. In particular, we comment on the performance achieved on a variety of hardware architectures, limitations we have reached in both programming models and how these have been resolved by us, or may be resolved by the developers of these models.

Many HPC programmers have not heard of SYCL, however, with the increasing importance of modern C++ in HPC, or just seeking alternatives to proprietary languages, SYCL is becoming critical as a vendor neutral way to write C++ code that embraces heterogeneous parallelism. SYCL is an open standard. There are multiple implementations available, both open source and commercial.

In this BoF, experts and SYCL implementers will explain its advantages, how the language is governed, where it is going, and why you need to be aware of it if you are intending to write C++ code which targets HPC machines.

Heterogeneous and Distributed ISO C++ for HPC Status and Directions

After last two year’s (SC17, SC18) successful Heterogeneous & Distributed Computing in C++ for HPC BoF, there was popular demand for continuing updates on the progress of adding these capabilities into ISO C++. This includes task dispatch with executors and the property mechanism, data layout, affinity, error handling and Asynchronous execution.

We have also finalized C++20, and this BoF will provide updates on what supports distributed and heterogeneous computing from active participants in the standardization process. We will also look ahead on what is possible for C++20 and for C++23.